The conjunction of MARS URANUS and the NORTH NODE in TAURUS

The conjunction of Saturn and Pluto in Capricorn, which brought on the plague known as Corona 19, started this whole span of time that some are calling the REVOLUTION. This aspect today, signifies the culmination of it all in many respects. People have been talking about a revolution, and I don’t think we knew what it would look like. We thought that it was going to be up to us. But nature took its own course.

Astrologically, planet Uranus is the first that comes to mind in conjunction with the word revolution. It’s a planet that removes us from our attachments to the past that no longer serves us, so that we can free up space for the future. One of the attributes to Uranus is that it is the unpredictable planet. So, are revolutions difficult to predict? One thing we do know is that when Uranus is prevalent, we have to wonder what will happen when it shows up. When it appears so clearly and so powerfully with the aid of the North Node both in the sign of Taurus, it has been shown through history to represent the revolution of the people. It gets a twist of being karmic with the help of the North Node of the moon which represents our purpose going forward. It shows up even mightier when it get the additional kick from the forceful planet Mars. The planet Uranus is associated with humanitarianism. So the underlying cause of revolution is because of a yearning for social justice and for humanitarian reasons.

Since Covid, we have learned to live differently than ever before. We have learned that we can work from home. We have learned that we don’t have to sit in traffic in rush hour, and spend gasoline wastefully on our way to our job. Planet Uranus is the planet associated with what is different, and with what is ahead of its time. It’s the planet associated with the computer, with social behavior, with social media and with what brings us humans together with one another. With the invention of the computer life would never be the same on planet Earth. And with the first generation that grew up on it, it produced a brand new kind of humans, older people find extremely hard to comprehend. Forget ‘generation gap’, this is a new type of person altogether. And vice versa, this new generation needs to learn to respect the elders who came before them that they hold accountable but cannot understand. They need to try to walk a mile in their shoes, because they, never the less, hold wisdom they can certainly use on occasion…

The sign of Taurus, is the sign associated with money. In the wheel of the horoscope that holds twelve houses, it rules the second house of money: money we earn for ourselves. So now, Uranus has taken residence there since March 2019. The idea of what priority to spend money on, and how to spend it come to mind.

Now, Mars is a planet associated with, among other qualities, as an aggressive planet. A planet that fires up situations. This planet is associated with giving form to something that is going to erupt. It gives strength and momentum to situations that are happening. Mars arrived in Taurus on July 5. Today, Mars also reached the exact conjunction, already in this conjunction of Uranus and the North Node. Together they show excitement and a change of direction. The world is in a flux right now. Collectively and on an individual scale. I bet we all feel this invitation to change on some level.

Things are going to be changing rapidly, and we have to be adapting to new ways of living. We have learned to work from home more, without the computer this never would have been able to be a form of livelihood. We will find other forms of energy and electric cars will be coming around, and in case you haven’t noticed, the computer generation people don’t even like to drive… older people may be looking back nostalgically, but there is no way of turning back the hands of time. There is a new way emerging of thinking about life… the idea of male and female is going through its own revolution. There is a different way in which we purchase items; no more having to wade through a crowed mall, just pick up the phone and voila! Your item will be at your doorstep via Amazon before you can say halleluiah! Cryptocurrencies are changing daily and are still not as acceptable as they will become. We will start to find other planets to visit and habitate.

The last time Uranus and the North Node conjoined in Taurus was in the year 1687, which prompted the revolution of 1688. When England confirmed the primacy of the English parliament over the Crown. Looks like the people have spoken! The next time we will see this conjunction will be in the year 2357. I predict there is going to be another revolution then.

This week congress signed off on a legislation piece called: ‘Inflation reduction act of 2022’ for climate and clean energy provisions. The most aggressive climate investment ever taken by congress. It is supposed to slash the country’s emission by roughly 40% by 2030. Because this bill was signed this past week, when the above planetary conjunctions have been going on, this bill will prove to be an important bill and is a part of the revolution described here. Like it or disagree with it, it’s here to stay and it will go through unpredictable ups and downs before it is able to stand on its own and to prove itself. Because it’s about moving forward and it’s about the future and Uranus and the North Node in Taurus both speak of the future and of progress. Today represents the official day that kicks off the Revolution of 2022. Trust the universe and go with the flow or get swept under this title wave of change.

For entertainment purposes only

Part 1: My Take On Coronavirus

Part 2: My Take on Coronavirus AKA Covid-19. The EXIT.

Impress your friends by throwing a an astrology party at home, or office. 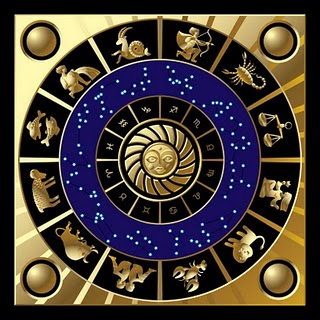 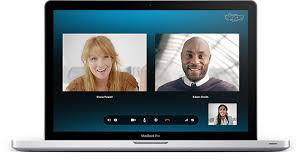 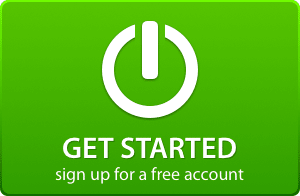